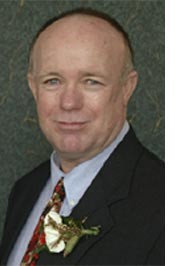 Dr. Daniel Fletcher's career epitomizes the classical agricultural scientist; he has advanced his science and at the same time solved practical problems critical to his industry. His accomplishments have had major impacts on the poultry industry in Georgia, the United States and around the world.

Dr. Fletcher's research has had major impacts in three areas: production, processing, and product export. His research on the effect of environmental and biological factors on meat color, muscle chemistry and egg quality has changed the way producers manage poultry. Dr. Fletcher's research in processing has changed the way poultry is processed and handled. In this regard, his work on hot deboning and basic research on rigor development is especially significant as it gave a better understanding of the changes occurring in poultry meat during processing. Perhaps, his greatest contribution to meat quality has been his research on stunning methodology and its effect on poultry meat tenderness, color and defects. The work on stunning methodology allowed for the continued export of Georgia poultry to the Middle East and the export of Georgia manufactured poultry processing equipment to Europe. In totality, Dr. Fletcher's work has had a significant economical value to Georgia and the Georgia poultry industry.

In character with a classical agricultural scientist, Dr. Fletcher has transferred his information to his industry via numerous publications in poultry trade journals and presentations at short courses and industry conferences. Within the poultry industry, Dr. Fletcher is regarded as the foremost expert on slaughter methods and their effects on meat quality, and he is well known as the man to contact on technical issues regarding broiler processing.