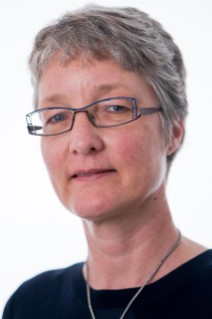 Since joining the College of Agricultural and Environmental Sciences in 2015, van der Knaap has focused her research on the genetic regulation of fruit shape and size of tomato and other Solanaceous crops. Van der Knaap has spent much of her career working to understand the genetic shifts that have occurred between ancestral, wild tomato varieties and modern, cultivated tomatoes and has helped to pinpoint a gene that regulates the size of the tomato’s individual cells, which in turn helps to regulate the size of the overall fruit. In research funded by the National Science Foundation, van der Knaap and her team have contributed important knowledge about the history of tomato by analyzing the genomes of multiple ancestral tomato varieties. This information is providing valuable insight into how the tomato crop has evolved over the millennia and her findings have implications for the evolution of other plants. The goal is to pass on genetic and molecular findings to breeders, contributing to the tomato industry’s $2 billion impact on the U.S. economy. In addition to being a prolific author of research publications, van der Knaap has garnered more than $12 million in research funding at UGA, lectures in courses throughout CAES, mentors graduate and undergraduate students, participates in numerous national and international scientific societies, is active in the UGA community and, in 2014, was named a Fellow of the American Association for the Advancement of Science.