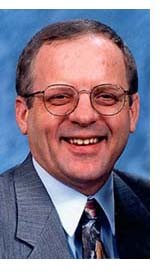 About the guest speaker

Before joining BIO in July 1999, Dr. Phillips was the director of the Board on Agriculture and Natural Resources for the National Academy of Sciences. In this capacity, he led the board and oversaw studies, including external peer reviews and release to study sponsors and the public. Before leaving NAS, Dr. Phillips became a senior study director for special academy-wide studies.

Before working for NAS, Dr. Phillips had been director of the W.K. Kellogg Foundation study "Food, Agricultural and Resource Economics for the 21st Century." He had also been director of the Food and Agriculture Program in the U.S. Congress Office of Technology Assessment, where he developed and directed food and agricultural studies. Before OTA, Dr. Phillips had been on the faculty at Purdue University and a former staff economist to the U.S. Secretary of Agriculture.

He has authored and supervised numerous reports and studies on food and agriculture, with recent studies focusing on agricultural biotechnology.

He was raised on his family's grain and dairy farm in northwest Ohio; today he and his father manage the farm as a grain operation.